Experiencing a Temazcal for the First Time in Mexico 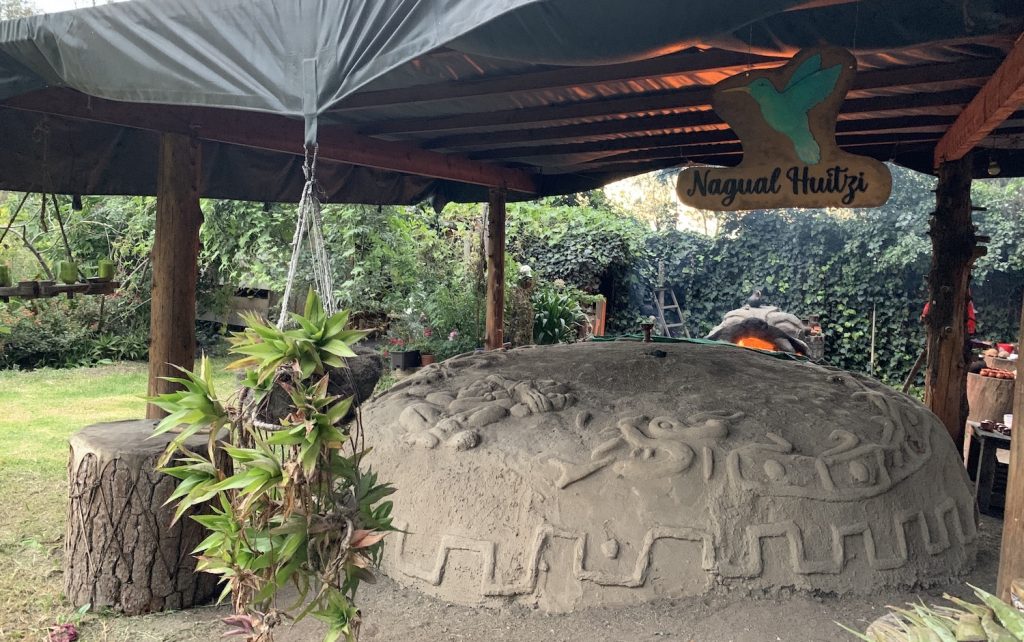 I had been invited to Temazcales in the past when I was leading retreats in Santa Marta, Colombia. I was curious but I wasn’t ready to hold that space for myself.

You are reborn when you are ready.

But we’re still in modern times and being reborn sometimes means you get picked up at Starbucks, of all places, in Condesa — a stylish or preppy area of Mexico City. We waited around for a bit, unclear who was picking us up but in a few minutes saw one of our support guides and also our driver. Traffic was horrible. Literally a cluster-f*ck of cars and lanes. This is the Airbnb experience I booked, I have no affiliation with them or Airbnb.

We finally arrive at the location, driving up a gate, some bumpy roads, and a few hills. Our driver tells us this park, Parque Ecologico Las Aguilas, has been established by the city as a reserve. A small portion of the city that is untouchable by developers and construction because like many cities — city planners will continue to build and create high rises, storefronts, and all of that comes with city living.

Within this reserve, there’s a sub-area called the Ectagono where we headed into. It was so beautiful full of gardens, a butterfly house or La Pupa, and just lush green views everywhere.

We’re running a little late from all that traffic so we all quickly need to change but even with the “rush” we’re greeted with a cup of warm Cacao. Hmmmm yes! 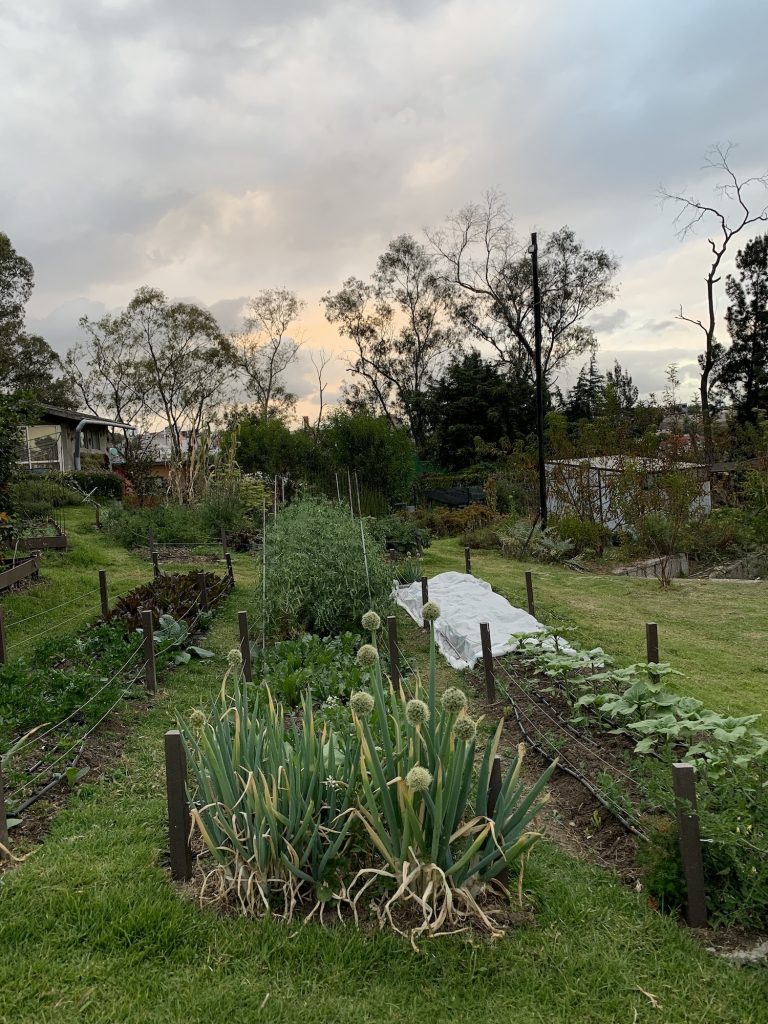 First, What is a temazcal?

I’m getting ahead of myself getting excited to share my experience but I should explain what it is in case you’ve never heard of it. A temazcal (or in Nahuatl temazcalli) is a sweat lodge ceremony that is done inside a dome-shaped looking cave. It is a prehispanic indigenous tradition in Mexico used as a ritual for various reasons. Most of which I’m still learning so I don’t feel comfortable explaining those details plus the number one thing I kept hearing is each temazcal experience is unique even if you’ve done them several times so perhaps there isn’t even a point in me explaining further than this.

During the Spanish conquest, many temazcales and traditions were completely erased so it is truly a blessing that I still get to experience this now.

My soul picked a day, my body thinks it’s by coincidence.

Little synchronicities kept confirming  “this is your day.”

I experienced my first Temazcal from the Zapotec-Maya tradition on the land of the Nahua Mexihcah, now known as Mexico City.

The shaman guiding us didn’t exactly introduce himself as a shaman. He is a genuine person and I can immediately feel his welcoming and loving heart.

As we’re each about to enter the temazcal he blesses us with copal and says,

“Gracias por regresar” or thank you for returning.

Ooooh! That gave me chills when he said that. I know I’ve been here and I belong here!

As we slowly make our way in, one by one, he starts sharing the message of this moment: Our generation has seen so much success, beauty, creation, and technology. And our generation is also a cause and a witness to so many extinctions and extermination.

The darkness, the void

Even before anything started, even before the entrance was fully shut and it was pitch black, I sat down in the Temazcal and immediately started to cry. My body was releasing something I didn’t even know I was carrying. I was shedding for myself, for others, for humanity, for what’s to come. For the stress I carry that often feels like anger in my body.

We all sat around the center and this gigantic rake was bringing in hot volcanic rocks. They were porous, they were huge and scorching hot from the fire that was burning a few steps away.

Each time a rock got placed our guides said a few words in Nahuatl that I can’t remember anymore but I do remember it translated to “I feel it in my heart.” It’s like a better version of thank you or grateful to mother earth. 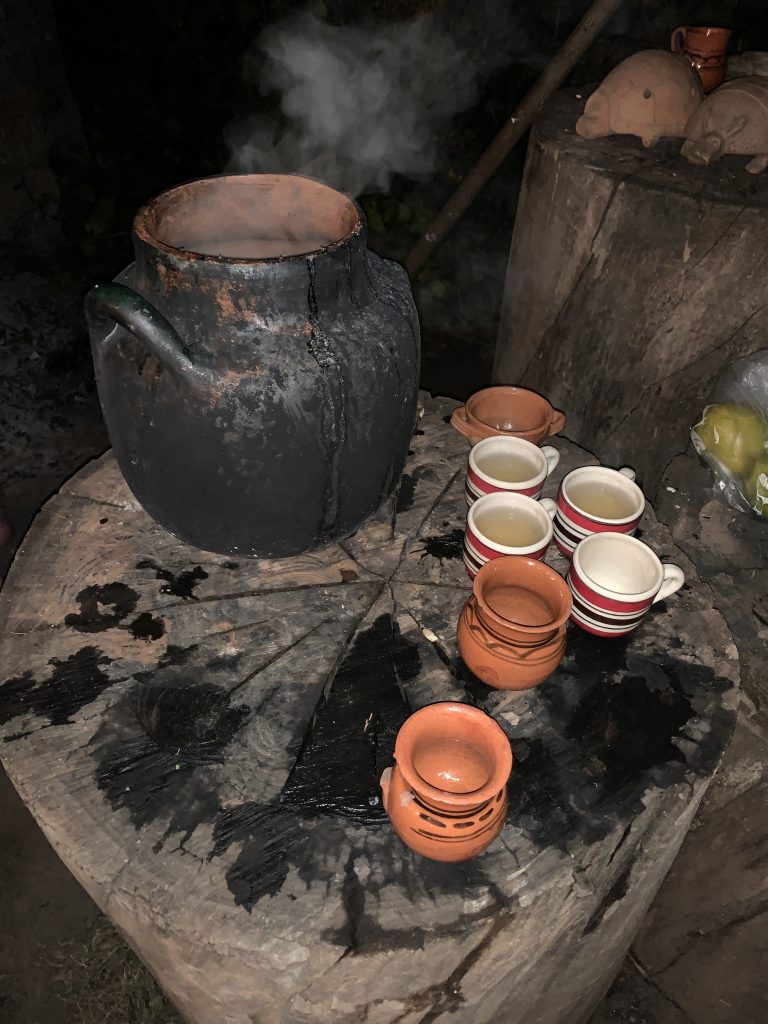 Finally, we are complete and all of Mother Earths’ rocks are in. I had this thought or moment in there that only Mother Earth, only these ancient volcanic rocks — can transmute everything that’s about to happen, seen or unseen, spoken or unspoken. Our stresses, our fears, our anxieties, our illness, our ancestral trauma. All of it! Without words spoken, Mother Earth clears it and cleans it for us. Even if we don’t see it or choose to believe it’s happening.

I mostly want to share my experience and everyone that was there needed to be there and receive. While my human mind wants to say that some people “were rude” or “didn’t get it” — there is a reason why they were there even if on the physical level I do not understand. All to say, that if you decide to experience a Temazcal — go with an open mind, go with respect, use or at least have an understanding of the language and terms that are used, respect the translators if there are any, and respect people’s time and energy.

It’s pitch black. I can’t even see my hands.

I moved. I breathed. I cried.

It is said that warriors would go into a temazcal before and after battle. Before to prepare themselves and after to release what they witnessed and bless those that are gone.

Those warriors also included women giving birth in here! It is said that their babies are born unafraid. The womb is dark and so is the temazcal. These babies were born warriors.

As the heat kept rising, I could feel my heart beating in my chest. But each moment was so different. I could be in peace, calm, or jump to fear and anxiety.

“Are we going to get stuck in here?!” My mind thought. I kept breathing and staying present.

There were moments when I would randomly just start humming. It felt so good. A few times people joined 🙂

At certain moments, he would get louder and louder and my heartbeat would thump harder and harder!

I wanted to scream but I stopped myself like three times.

I could feel my throat chakra ready to burst! I could hear

“You’ve been silenced for so long”

“You’ve been silenced for so long”

I screamed like the call of a Hawk. I was ready. I grew wings and I finally soared and released.

The perception of “What will others think of me” still lingered but it wasn’t as loud.

What was louder was my call. My call to screech, claim and reclaim my true self.

It felt so right!

A Hawk screeches when it’s claiming its territory — I was claiming my voice.

I couldn’t stop feeling or imagining the wings behind me. I looked up and “saw” the moon. I felt her whispering to me.

Really what I saw when I opened my eyes though were blue(ish) wavy halos. Kinda like what you see in this photo but like fluid and milky. 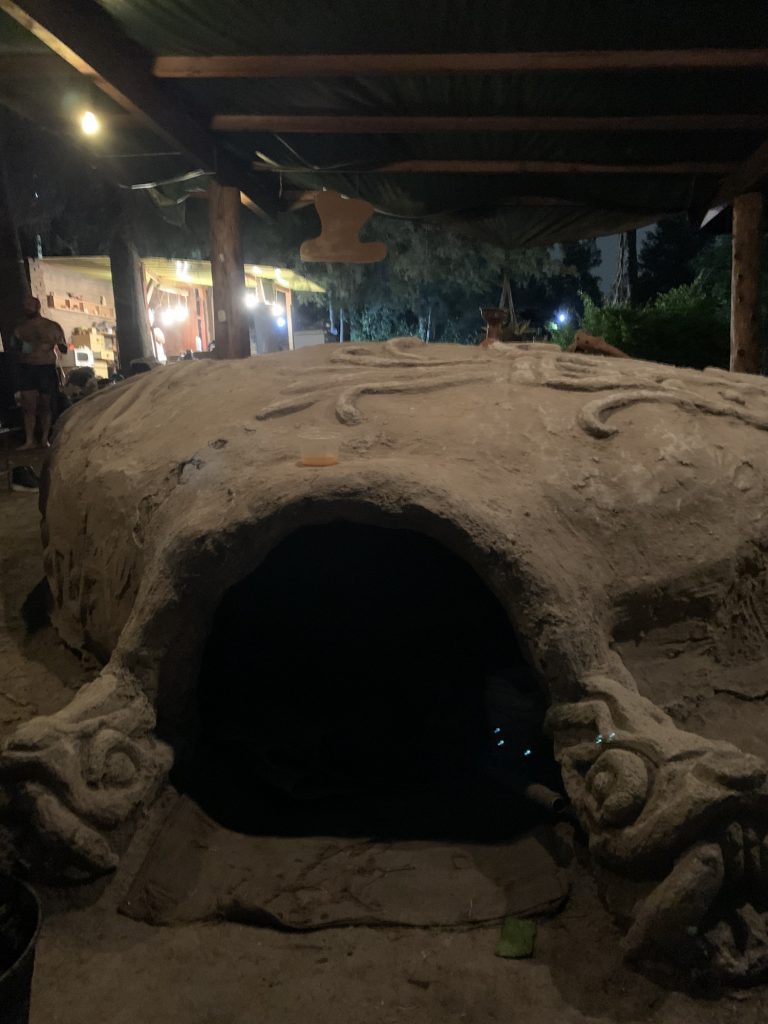 At some point mid-way or toward the end we received an orange to eat, an aloe leaf to rub on our body, and honey to also rub all over.

I could stay in here forever. I remember he ask “estan listo para salir?” or are you ready to get out?

Towards the end, I said thank you to my ancestors and guides. I felt proud for speaking and saying it in Spanish. I’m proud of David for speaking up and for saying something in Spanish too.

It was a beautiful moment and something that I never want to forget. And perhaps I never will since I’ve been here before — just in another life time. 🙂

I can’t wait to do one again. See what else comes up. See who else is intended to be here. 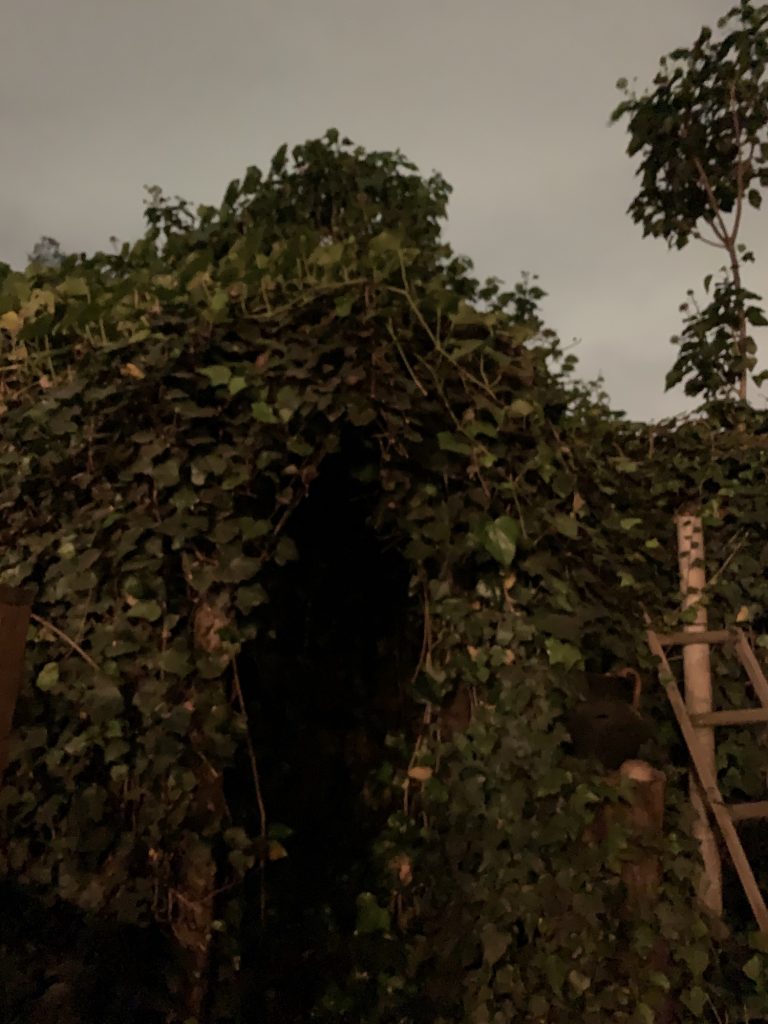 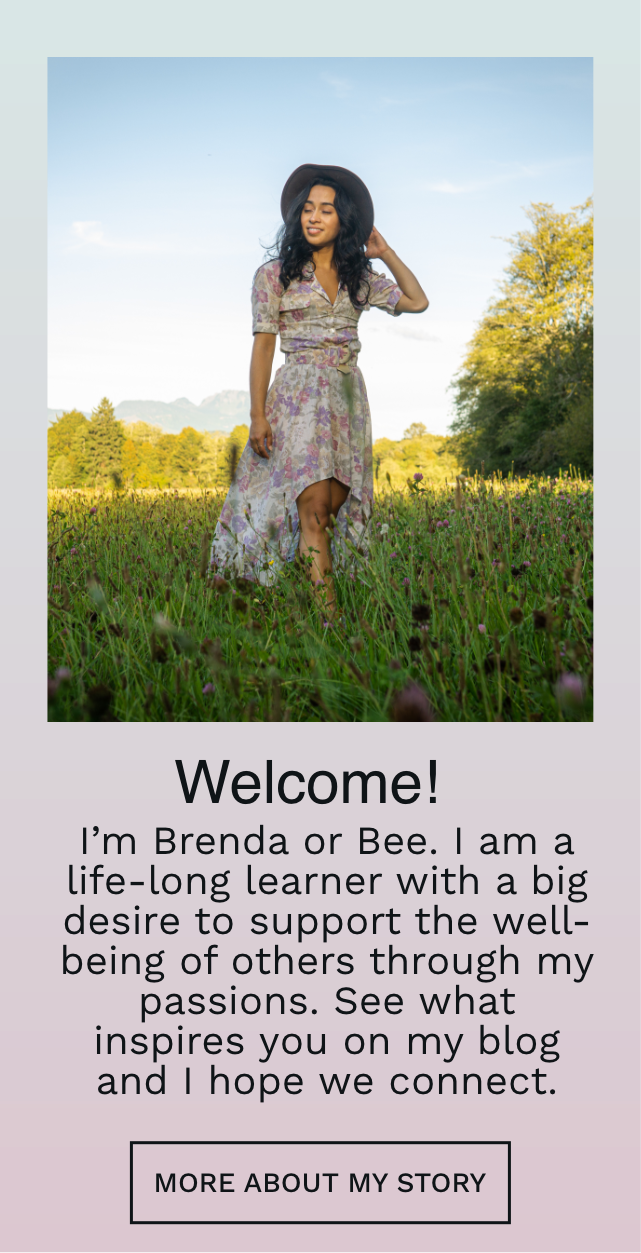 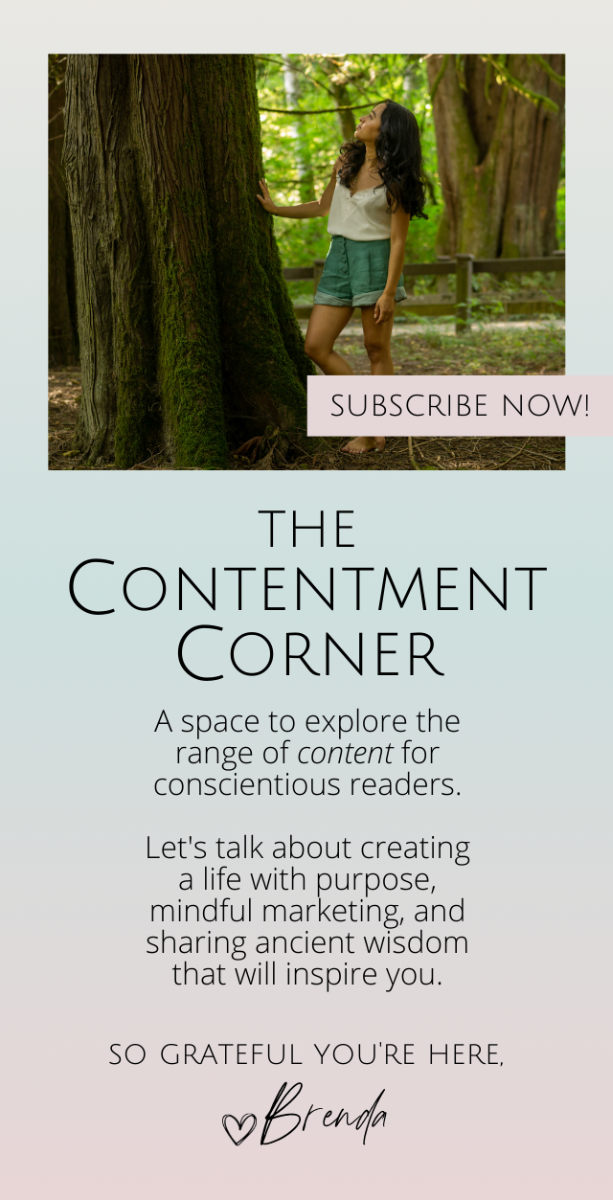 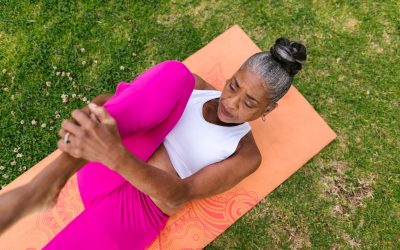 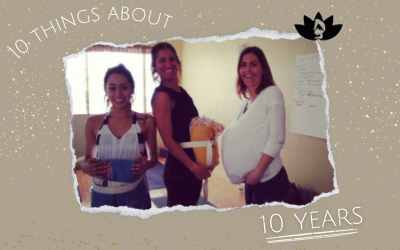 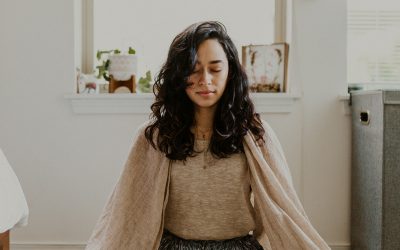